Four members of the Foothill Shotokan Karate of America Dojo attended the 60th Anniversary Celebration in Santa Barbara, California August 19-21.  Founded by Tsutoma Ohshima in 1956, SKA is the oldest karate organization in the United States with affiliated dojos  in 18 countries.

The weekend’s agenda included a training led by Ohshima Sensei, a kata demonstration by each country and a tournament highlighting skills and techniques.  Over 800 attendees from around the world gathered at the central dojo in the hills of Santa Barbara with a view of the Pacific to honor their Sensei, now 86 years old.

Mr. Ohshima was trained by Master Funikoshi in Japan and brought the art of karate to the US.  He settled in Southern California and started his first dojo in 1956, formally establishing Shotokan Karate of America.  SKA is a strict traditional system that pushes the individual to “face himself and his mind honestly and strictly.”

The Shotokan Dojo was the first karate group in Auburn and currently operates out of the Auburn Recreation District.  The four seniors who traveled to Santa Barbara included dojo leader Michael Sipe, and black belts Dave Rose, Roger Lloyd and Jay Alling.  That same weekend, the remaining members of the dojo provided security for the Food Truck Fiesta at ARD. 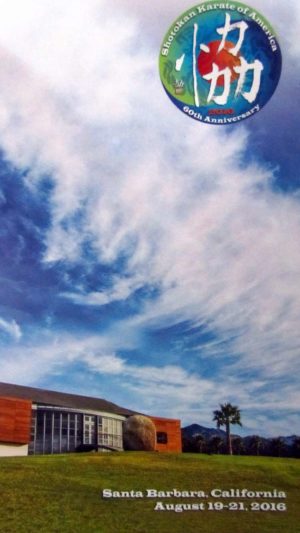 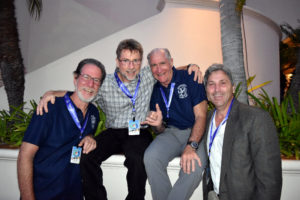